The other day I forgot to take my camera to a very important event and I felt that I could not forgive myself for it. Fortunately we were able to drive to a neighboring town and purchase one of those disposable cameras. At the function, as we took photographs, some friends laughed at me due to the very small camera that I had. It looked like a toy camera.

Now the next day when the photos were developed, we were all amazed and pleased at the result of the photos. It is until today that I sit back and think of the cameras of the 1950's. Apparently the cameras of yester years had to be very big. Bigger seemed better. In those days there was one famous photographer who lived in Belize City. His name was Tito, and I never learned his surname. We used to think he was funny because he was small and well rounded. He wore spectacles and swayed from side to side as he walked. He dressed in white shirt and black trousers and we used to think he was the neatest and smartest looking man in the village when he visited.

Now if you think he looked funny, you should have seen his camera. He had it mounted on a tripod and thank God he did so for to carry that in your hand would have been a talk. It was a large camera about the size of a lady's large handbag. It was like fourteen inches long by ten inches tall. Now that is very large for a camera. At the back end of the camera, there was a large black cloth. Don Tito used to position himself behind the camera and place the black cloth completely over his head. He was practically lost when he did this. We used to think that this was funny. After that he used to raise in his left hand something that looked like a light bulb. With his right hand he clicked the camera and the light bulb sort of exploded. Then don Tito proceeded to pull out a large plate out of the camera. To take the next photo, he inserted another large plate into the camera. We never saw him place any roll of film, not wind nor rewind the roll. He never zoomed in nor out. He never focused any lens. But a month later, when don Tito returned with his photos, they were sharp and crisp. His photography was indeed an art in black and white.

Don Tito came to San Pedro only for special occasions like for First Holy Communion, Confirmations, and an occasional wedding. He was very formal and friendly and humorous. One of his family members also continued into this profession, but it can be safely said that don Tito was the founder of photography in San Pedro. 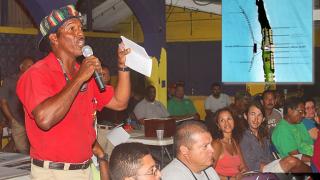 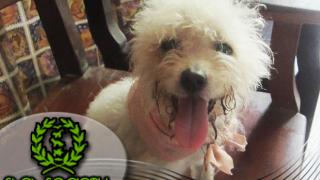 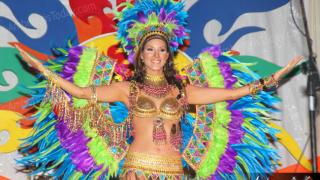