Signs of a TRUE SANPEDRANO

I recently posted a photo of myself about to devour a whole lobster in its shell and Perlita, my daughter, posted a comment that her dad eats lobster like a true Sanpedrano. Oh yes, that sparked up my imagination with the topic “Signs of a true Sanpedrano”. Indeed there are many signs of a Sanpedrano.

When I was a kid, the people of Belize City used to say that you could know a Sanpedrano because he did not wear any shoes. And that was so true and even so up until today to a certain extent. San Pedranos grew up walking barefooted all around the village. We went to school, the park, Sunday walk, a dance to church, even to weddings without any shoes. It was simply part of our culture to be barefooted. I remember wearing my first pair of shoes and it was for my tip to Belize City to take my end of school exams which were primary and Entrance Exams. When I came out of the exam room which was at Holy Redeemer, I had my shoes in my hands and was walking barefooted in Belize City and limping due to the two large blisters on my feet. In San Pedro it was almost 100% bare feet for everyone. Those were the true Sanpedranos, as Minister Heredia still does even up until today while at home.

Another sign of a true Sanpedrano, twenty five years ago was that we walked with our long pants rolled up almost to our knees on working missions and rolled up halfway up our calves when we were dressed. This custom of having one’s pants rolled up stemmed from the fact that as a fisherman he found the need to enter the water at any short notice and once rolled up, he allowed it to remain so while his feet and calves were drying. The children, of course simply imitated and soon it became part of our culture of wearing our pants rolled up.

When it comes to eating fish, Sanpedranos of the past really know how to devour a fish in its totality. We begin with the tail which was never chopped off but fried crispy. Sanpedranos like to nibble of a crispy fried whole fish and when I say whole I mean up to the head. We just love to bite and savor the saltiness and fishiness of the head, working our way into the skull, around the eyes, the crispy chin as we call the flaps over the gills, and the brain.

When you see a man or woman sucking on the little corners of the fish head, he is a true Sanpedrano, as our good friend Louis “Cuz” Sylvestre used to say and do himself. Sylvestre was our first Area Representative and he used to eat fish like a true Sanpedrano. After eating his fried snappers, he would cleanse his fingers with the lime and then proceed to kiss his lady friends as was his habit. Cuz was a true Sanpedrano.

Of course there are many more signs of a true Sanpedrano, especially when it comes to twenty five years ago, but I’ll leave some for the next edition. Enjoy the life of the Sanpedranos, and if you wish to read more, don’t forget there is my book named. “Twenty Five Years Ago” ($30 only)available at Ambergris Today and stores around the island. Email. 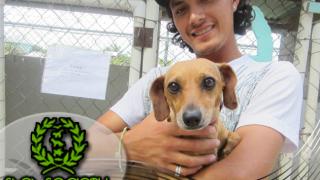 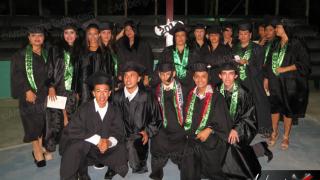