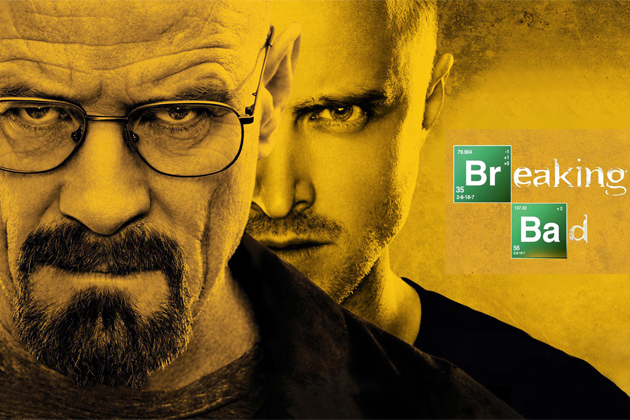 This is why I love Belize and its entire people – we are friendly and inviting people who love to show hospitality to just about anybody. Case in point, the Belize Tourism Board (BTB) invited eight cast members of the popular AMC drama “Breaking Bad” and its creator Vince Gilligan to a full paid vacation to Belize, even after the show had a not-so-quite-flattering comment of our country.

Instead of freaking out on what could have been some bad publicity for Belize, the BTB took the initiative to put a positive spin on the buzz that the show created for the country. On last week Sunday’s episode (August 18, 2013) of Breaking Bad one of the characters suggested sending another character on a “trip to Belize” which was intended as a euphemism to have him murdered. Not quite the best image that we want painted of our country.

But after the line about Belize aired on the show, it started to generate much buzz within the large fan base of the TV drama. The Belize Tourism Board started sending out fun tweets about the quote but then it sent out a full-on invitation to the cast to come visit Belize.

It is not the best picture to link Belize to murder, but we all know how beautiful our country is and how amazing we are as a people. So on Thursday, August 22, 2013, the Belize Tourism Board sent out an invitation to the staff and creators of Breaking Bad to a relaxing four-day, three-night tropical vacation including airfare, hotel, meals and other activities.

The Belize Tourism Board saves the day! What could have had some negative effects for Belize has turned into positive feedback for the country. Inviting the stars on a ‘trip to Belize”, the BTB has created much more interest to the country as the show’s fans have become intrigued to actually visit Belize.

Below is the letter that the Belize Tourism Board sent to the cast of Breaking Bad and to the New York Times (Click to enlarge): 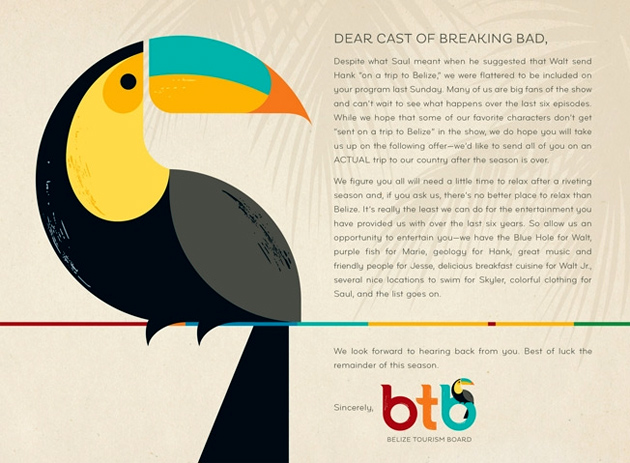 “Some people may have perceived that to be somewhat of a crisis,” Alyssa Carnegie, the Director of Marketing and Industry Relations for the Belize Tourism Board, said in a telephone interview with the Times, “but we really thought of it as an opportunity.”

Carnegie said that the BTB saw a great opportunity to spin the story and introduce a new audience to Belize as a potential vacation destination; and so they did. Success! The buzz created followed through the social media and news/travel outlets throughout the internet.

“Sending someone on a trip to Belize” might not be the best thing if you are a character on the TV drama “Breaking Bad”, but taking an actual trip to Belize is the perfect vacation, we guarantee it. We hope that the cast of the show takes up the offer from the BTB and get to see them strolling down one of the beaches of Belize.

We are, in fact, the Number One Island in the World! 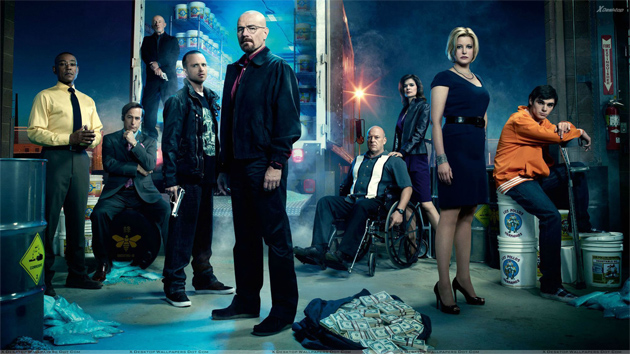 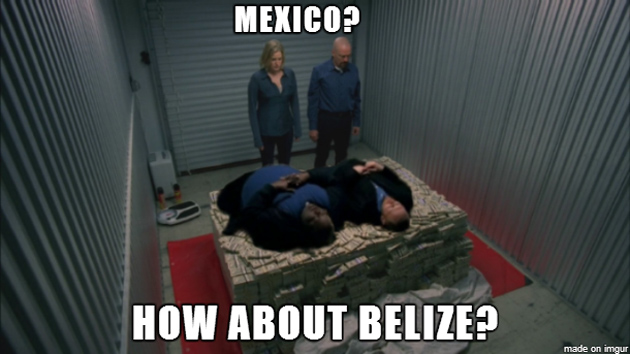 One of the humorous Breaking Bad Memes about Belize 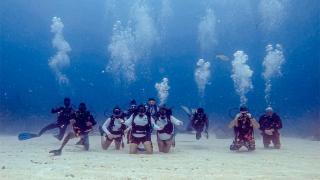 Into the Blue with Amigos del Mar Divers 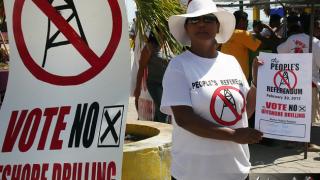 To the Polls! – People’s Referendum Day! 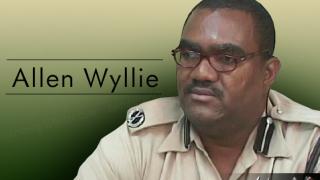