Jungle Training Axed as Belize Base Shuts Down

British infantry will no longer receive top level jungle training after the Ministry of Defense has made the surprise announcement to mothball its base in Belize as part of cost savings. The departure of 3,000 troops a year who go through the tough training has also led to fears that Belize will be more vulnerable to foreign invasion similar to the incursions by Guatemala in the late 80’s.

It is also unclear whether Lord Ashcroft, the former Tory party deputy chairman, who has vast business interests in Belize, has been consulted over the closure of the British Army Training Support Unit Belize (BATSUB).

It is also understood that the Ministry of Defense has given serious consideration to closing its sovereign bases in Cyprus, where it has airfields and listening posts, but was persuaded not to by the Americans. Already the Army has withdrawn Belize’s main emergency air evacuation by stopping its helicopters responding as an air ambulance, particularly here in the cayes.

But the final withdrawal of British forces, which have been in Belize since it gained independence in 1981 when it was known as British Honduras, has been signaled by the reduction of the training base from 70 soldiers to a skeleton staff of less than 10 soldiers.

Brigadier James Stevenson, who commands the Infantry Battle School, told British Forces News that it was regrettable the training mission was closing. “We’ve really clicked here in Belize, so it is a pity. We are looking at alternatives because what we don’t want to do is just admit defeat and say, well, we can’t go to Belize therefore we’ll have to go back home. We are still looking for somewhere where we can present the same challenges.”

The training area gives British troops some of the most testing exercises in the world with access to 5,000 square miles of primary jungle provided for free by the Belize government. In the last three years 9,000 troops, including Special Forces, have been to Belize. They additionally provide high level training for the Belize Defense Force.

The area has been the home of the British Army’s jungle training for the last 16 years and the withdrawal will mean the loss of 160 local civilian jobs along with an estimated £3 million ($4.6US Mil) injected into the local economy.

The helicopters from 25 Flight Army Air Corps, which ferried local troops to positions on the Guatemala border, trips that take a day by foot, will be removed by next month. Mothballing BATSUB will save the MoD £9 million ($14.06US Mil), the cost of two Challenger 2 tanks, but is seen as a tiny saving compared to the £36 billion overspend by the MoD.

Officers are considering training areas in the United States, although these are unlikely to be free. The MoD said after consultation with the Belize government BATSUB would only remain open from a “reduced level” next year. It added both governments “look forward to a time when BATSUB will be able to expand its training support function once again”. (source: The Telegraph, by Thomas Harding, Defense Correspondent) 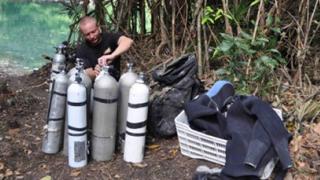 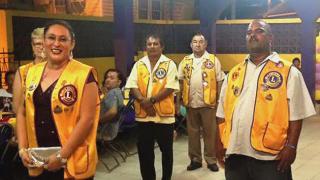 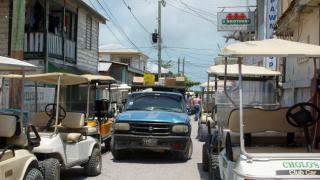