Conservation International and marine scientists from across the ocean converged in the capital for a multi sector symposium on Belize’s marine life on February 5. The NGO worked along with the Fisheries Department, Healthy Reefs Initiative, and other agencies to examine issues associated with marine protected areas management. Doctor Les Kaufman, the senior investigator for Conservation International’s Marine Management Area Science Project, said that the five year research has shown that Belize’s reef has wonders not seen elsewhere.

“We found out just how important it is to the commercial fishes and the animals that support ecotourism to maintain the mangrove forests intact because it’s a very important nursery and wildlife habitat, Many of the animals that later go out to the reef require the mangroves,” commented Les Kaufman, Senior Principal Investigator, Conservation International. “Another very striking example that is we found out that the marine wildlife in Belize is much more special and much more unique than we ever imagined. We discovered new species of fish; that’s probably true for other organisms as well and that tells us several things. First of all, we can be proud. But the other thing it shows us that the lagoon of the Mesoamerican barrier reef is very contained. It is like a small microcosm of the marine world and if we do good things there, good things come back to us.”

Kaufman said that the best news coming out of the documents they produced on the social and natural sciences is that the country’s marine resources can grow and prosper, even in the face of global warming, if the protocols to protect and maintain the reef are implemented. 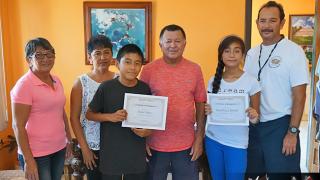 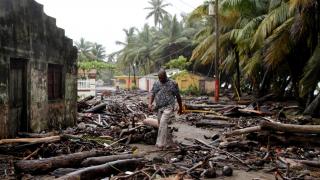 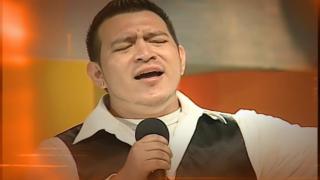 Vote for Luis A. Romero on KTV Latino Karaoke