Ambergris Today believes that San Pedro has a rising celebrity on its hands. Remember when Abby Marin, of Go Fish Belize, was featured in a short documentary about fly fishing in Belize by Costa sunglasses last year? Well, this year Costa sunglasses sponsored a trip for Abby to participate in the Teva Mountain Games in Vail, Colorado, that took place from June 3 to the 6.

After having filmed Abby in the fly fishing/conservation documentary “Currents of Belize”, Costa sponsored his trip to the Teva Mountain Games to compete in the Costa 2 Fly X-Stream fly fishing competition. Along with Abby in the competition was Lincoln Westby, owner and guide at Belize’s Blue Horizon Lodge located on one of the islands in Pelican Range near Dangriga, who was also featured in the documentary.

During his week in Vail, Colorado, both Abby and Lincoln were celebrities of their own and fully representing for Belize. Not only were they featured in the Teva Mountain Games website as “Fishing Athletes to Watch” during the competition, but they were also interviewed for both television (TV8 Good Morning Vail) and radio coverage (KZYR-FM "ZEPHYR") and appeared in an article in the Vail Daily Newspaper (also available online) which highlighted the Costa’s “Currents of Belize” documentary.

With Abby Marin and Lincoln Westby’s participation in the mountain games they surely provided a lot of positive exposure for Belize and its fly fishing industry. And get this; Costa’s documentary was part of the Teva Mountain Games Outdoor Reels Film Series which was an addition to the athletic events of the mountain games which include a mountain photography competition, adventure film school, film festival, an interactive exhibition and demo area, live music, and mountain lifestyle parties.

How did Abby and Lincoln fair in the fly fishing competition? Well, unfortunately they were eliminated during the first round of competition. But this definitely does not talk bad about their marksmanship.

“Unfortunately they used five weight rods and we are used to eight weight rods or heavier,” commented Abby to Ambergris Today. “This was definitely a bit more challenging for us. But we will be ready for next year for sure, now that we have had our first experience at the games.”

We say “Bravo” to both Abby and Lincoln for making us proud and continuing in their efforts to promote Belize, fly fishing and conservation on our offshore islands.

(The Teva Mountain Games is the US’s largest celebration of mountain sport, soul and culture where professional and amateur outdoor adventure athletes from the Vail Valley and around the world will converge upon the mountains and rivers of Vail to compete in eight sports and 23 disciplines including: x-country, road cycling, sprint and extreme kayaking, raft paddlecross, as well as trail and road running and the GNC Ultimate Mountain Challenge.) 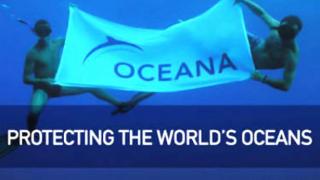 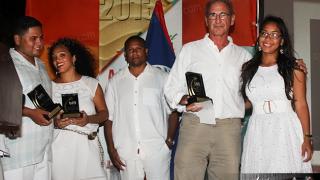 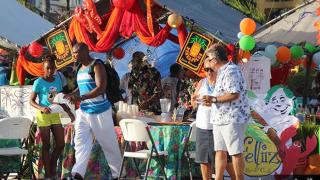