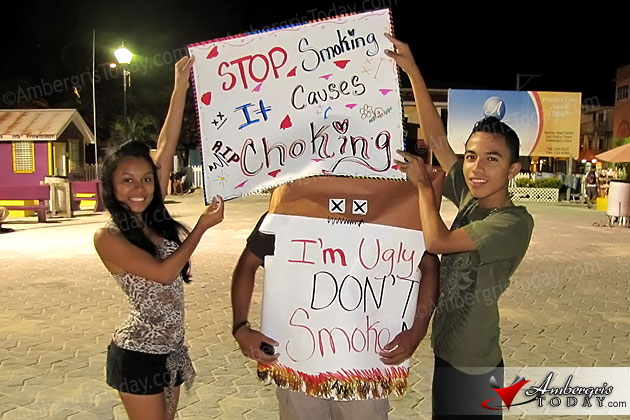 The Ministry of Health and the National Drug Abuse Control Council (NDACC) in partnership with the World Health Organization (WHO) celebrated World No Tobacco Day on Thursday, May 31, 2012. Although the day is recognized every year on May 31st, the Ministry extended the awareness campaign until today June 1, at various health centers across the country.

In San Pedro, the NDACC in collaboration with the San Pedro Town Council, held its first ever “World No Tobacco Day Awareness Walk” with a brief ceremony at Central Park before participants took a walk around the main streets of San Pedro. It was great to see young teens involved in the cause as they marched with positive placards on hand to deliver the message to their peers. 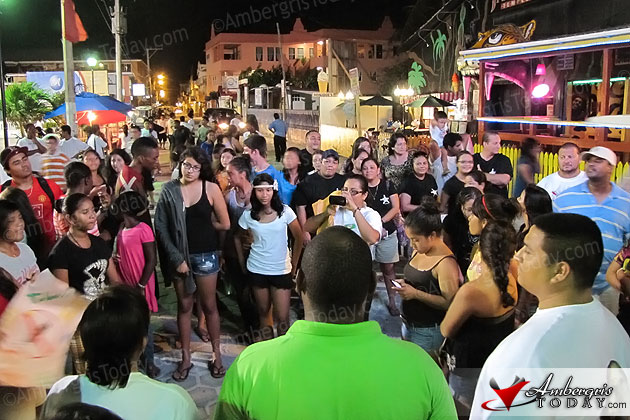 This year the theme is “Tobacco Industry Interference.” According to Mr. Amelio Matura, Acting Director, NDACC, the campaign focused on the Ministry’s present campaign, activities and statistics in relation to tobacco use and other harmful drug use. WHO explains that “the campaign focus is on the need to expose the tobacco industry’s brazen and increasingly aggressive attempts to undermine the WHO Framework Convention on Tobacco Control because of the serious danger they pose to public health.”

The NDACC has set up display booths at various health centers across the country including Punta Gorda, Dangriga, Orange Walk Town and Corozal Town. Today, June 1, Caye Caulker village will have a short ceremony and health fair at the Central Park.

Tobacco use is one of the leading preventable causes of death. WHO estimates that the global tobacco epidemic kills nearly 6 million people each year, of which more than 600,000 are people exposed to second-hand smoke. The continuous campaign is to ensure that the numbers don’t reach up to 8 million people by 2030, of which more than 80% will live in low- and middle-income countries. 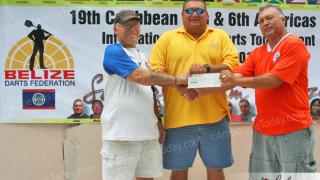 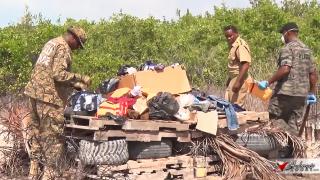 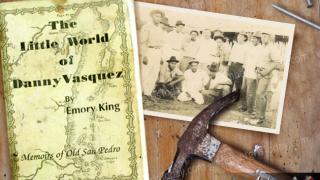