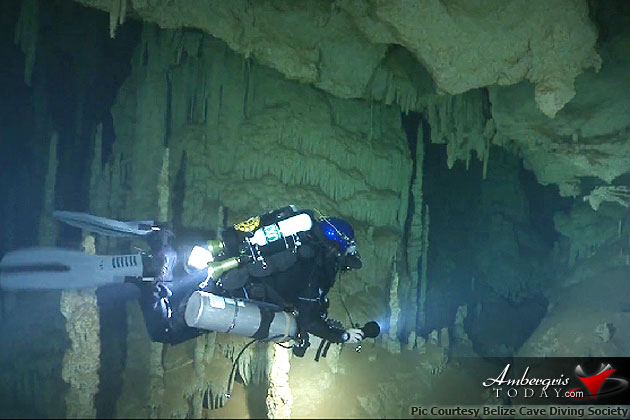 Caye Caulker could possibly be sitting on the largest marine cave in the world. The entrance of the cave system is located on the west side of the island called Tarpon View, by some, where tarpons inhabit. The cave was first explored back in 1981 when the first owners of Belize Dive Services Paul Heinerth (to this day an International cave diving pioneer and author of many books on the subject) and Chuck Hattel dug into the cave.

Belize Dive Services was bought by Chip Petersen in 2009 and in November 2012 he and Bill Oestreich ‘Bert’ (both recognized Cave Dive Instructors) entered the cave once more. Chip’s real dream in purchasing BDS was to follow the footsteps of his predecessors and access the cave system to allow Belize to realize the potentials of this natural beauty; so when his mentor Bert turned up on Caye Caulker, he seized the opportunity. 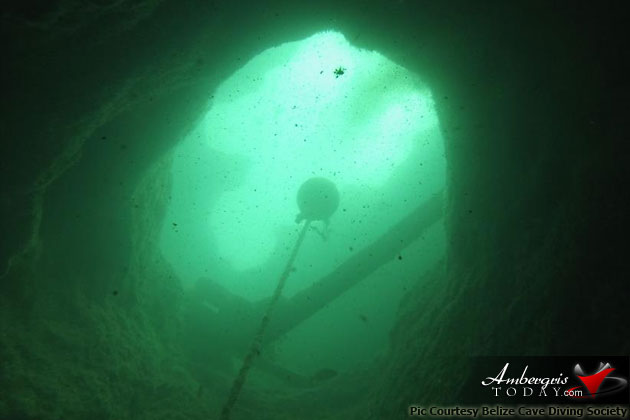 To date, Chip, Bill and Marty O’Farell from San Pedro (all qualified and heavily experienced Cave Divers) have been re-tracing steps. Chip has been given approvals and in particular the permit by the Department of Archeology and the Environment for surveying, mapping and scientific research in the caves of Belize. Together they have been making accurate surveys through computer technology and thus far verifying and giving greater accuracy to the original data. 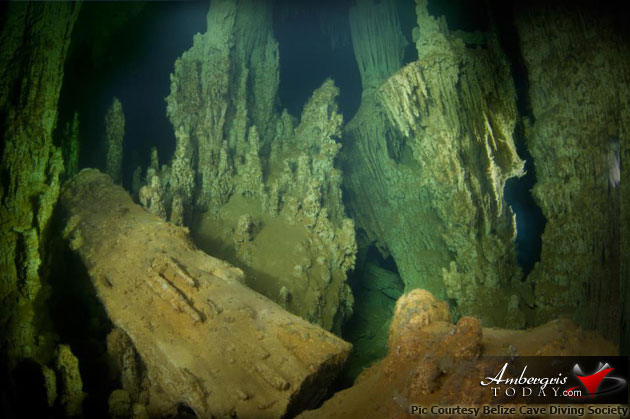 Chip is anxious that Belizeans get involved in the cave but stresses the dangers for those diving the cave. All divers must go through a 15-day course to learn the specifics and skills of cave diving before accessing the it. Safety concerns are essential for those without the capacity to use the specialized equipment and techniques.

For this reason the Belize Cave Diving Society has been established to promote safe and responsible cave diving in Belize. Rules for guiding will be based on established methods used worldwide and a Cave Management Protocol created for all cave divers. For more information please look on Facebook for updates on information as and when they have it!

The well regarded National Geographic will take their time to explore the Giant Cave in 2014, along with the elite in the dive world, lead by James Petersen or ‘Chip’ from Belize Dive Service and his team of researchers!! 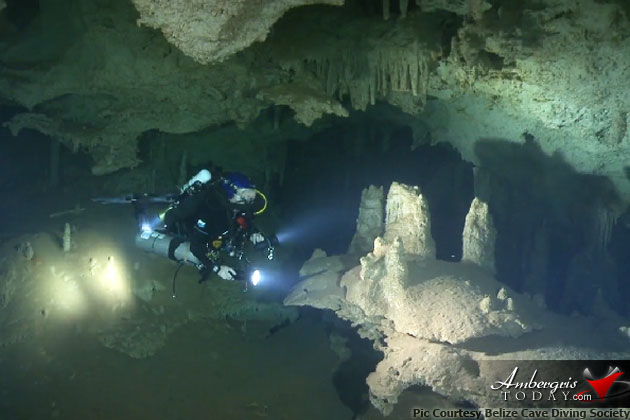 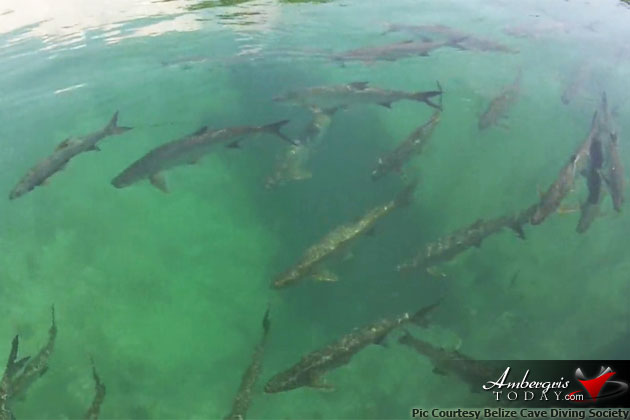 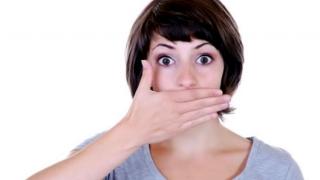 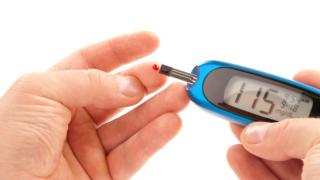 Persons living with Diabetes to benefit from Regional Study-based Project 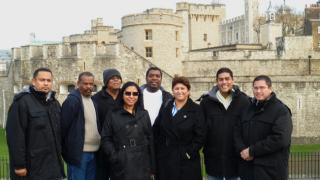