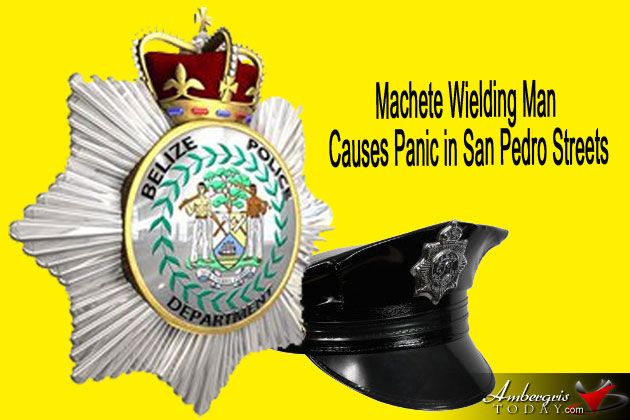 Residents of Angel Coral Street were startled and scared as a man wielding a machete was chasing people around on the street and neighborhood. According to reports, the man was flinging his machete at random people on the street.

According to police reports, on Friday, August 23, 2014, 31-year-old Tyrone Garnett, a Belizean technician employed at Belize Telemedia Limited reported to San Pedro Police that he was attacked by a man wielding a machete. Garnett stated that earlier that day around 4:45p.m. he was driving a white Toyota Hilux Pick-up, property of BTL, on Angel Coral Street, heading on a southern direction towards the Hon. Louis Sylvestre Sports Arena when he passed the junction of Angel Coral and Ambergris Streets; this was when he saw a group of people running from out of Ambergris Street towards Angel Coral Street.

Garnett says he remained in his vehicle where he had stopped and soon after a brown complexion male of Creole descent holding a machete approached his. The person knocked on the window (which was about three quarters way up) with the machete, pushed the machete inside the vehicle.

Garnett says he tried to avoid getting hurt but in the process he sustained cut wounds to three of his fingers on his left hand; vehicle’s glass window was also broken in the process. San Pedro Police arrived on the scene shortly and detained Garnett’s attacker. Police detained 22-year-old Simon Velasquez, a laborer of Boca Del Rio Area in San Pedro Town. Garnett’s injuries were classified as wounding and the value of the broken vehicle window is estimated at $400Bze. In his report to police, Garnett said that he feared for his life and requested court action.

A short video of the incident was posted on Facebook and here is a look at what happened second before the police arrived on the scene. 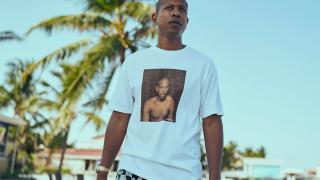 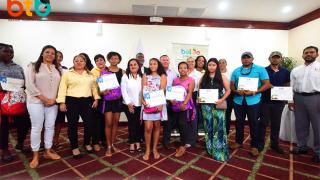 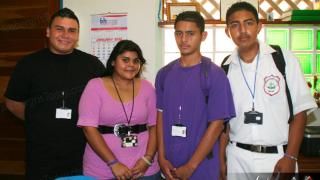