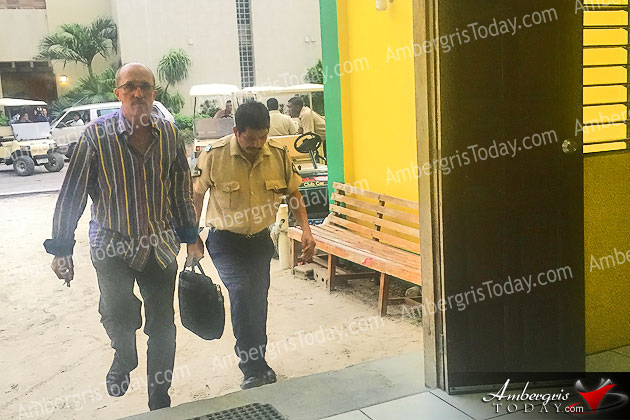 Dentist Shut Down in San Pedro Attempts to Clear His Name

American dentist John Hall who was accused of falsifying documents to obtain medical credentials to practice dentistry in San Pedro, Ambergris Caye, Belize at Oceanside Dental under the false name of Dr. Robert Bob Hall was arrested and charged by police with ‘making false representation’.

On Wednesday, December 9, 2015, 54-year-old Hall was taken to the San Pedro Magistrate’s Court where he ordered to surrender all his travel documents, his medical credentials were revoked and was forbidden to practice dentistry in Belize. He was then offered and met bail of $7,000, having to return to and court on February 12, 2016.

But what caught everybody’s attention and caused uproar in the community was Dr. Hall’s weird legal case in the U.S. back in 2004 where he pleaded guilty and was arrested for injecting his semen into several patients’ mouth in North Carolina. (Click to Read More)

Putting aside the charges of making false representation and not commenting on the issue of his arrest in Belize, Dr. Hall has come out to defend himself by releasing a lengthy four-page press release to the Belize media in which he attempts to prove his innocence in his “semen injection” case. He goes into detail in his side of the story citing various kinds of evidence, including lie detector tests and psychological evaluation that he states exonerated him. In his lengthy press release, Dr. Hall does not mention anything about his new charges in Belize in obtaining a medical practicing license under a false name.
Below is Dr. Hall’s detailed press release:

“Anyone who has no sin in their life should step forward and throw the first stone”
To: The citizens and friends of San Pedro,

Ambergris Caye, Belize is a wonderful place and it felt like home from the first day I was here...  I came to Belize to help the local people with free dentistry in a modern clinic as well as treat local x-pat/international patients and enjoy the fabulous country of Belize then retire.  I never thought I would be ridiculed, cussed at, and made fun of with harmful threats to me and Bella (my dog) based on assumptions instead of facts.  I ask you to allow me to explain my side of the story with factual findings and explanation.

My life and my family’s life changed on November 5, 2003 (my 10th wedding anniversary) when I was accused of a disgusting and absurd action of placing semen in patient’s mouths.  I did not do what I was accused of doing!

After the intervention by the police department in North Carolina, I had a long discussion with the Dental Board.  Upon discussing this matter with them, they recommended an immediate evaluation at a very intensive multiple day physiological review at the Behavior Institute of Medicine on November 19, 2003.  This intense physiological testing was unbelievable and very thorough.  My staff was still not jaded by the media or outside sources due to the short period of time since the incident and told the truth when interviewed.  When they were asked about the situation they said (excerpt from the actual evaluation document): 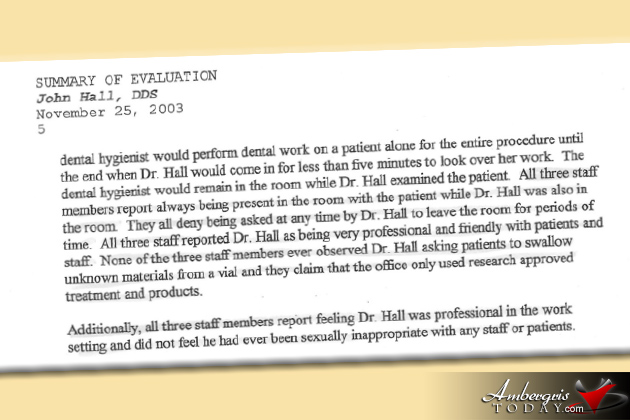 During this intense evaluation, I participated in 3 separate and individual polygraph (lie detector) test.  The question that I was asked and the overall opinion from 2 evaluators of all 3 polygraph test are:

At the conclusion of the very intense and physiological evaluation by many physiologist and time tested evaluations was:

The issues that lead to the accusations are very embarrassing but factual and I will share them with you.  In 2003 I began taking a hair growth drug called Propecia by Merck.  As listed in their FDA information Propecia states:

In a study of finasteride 1 mg daily in healthy men, a median decrease in ejaculate volume of 0.3 mL (-11%) compared with 0.2 mL (-8%) for placebo was observed after 48 weeks of treatment. Two other studies showed that finasteride at 5 times the dosage of Propecia (5 mg daily) produced significant median decreases of approximately 0.5 mL (-25%) compared to placebo in ejaculate volume, but this was reversible after discontinuation of treatment.

As you could imagine, I was unsure how I would measure this so I utilized an instrument we utilize to withdraw fluids and stop bleeding so I could aspirate the ejaculate into it to know the amount in milliliters (ml).  This does not have a needle on the end but is blunt ended as seen in this picture: 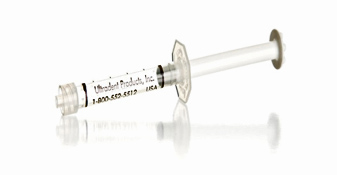 As disgusting as it was, I had planned to show my findings with my medical doctor but looking retrospectively, I should have just written down the findings and discarded the measuring device I utilized.  I kept them in my desk drawer in a systematic manner and not in any location around patients.  These were found in my desk when the police came into my office.  This is a very embarrassing issue but feel it is worth telling the truth.

As I mentioned, I regrettably had an extra-marital relationship with a patient that involved oral sex.  So yes, she would have had remnants of semen in her mouth.  When this issue became public through the media, this person requested $10,000,000.00 pay-off.  Her attorney then realized that I had a $2,000,000.00 malpractice insurance policy and later lowered to this amount when I refused to pay the initial requested amount because I had not done what I was accused of doing.  After the news story, there were many others of various ages that felt they were a victim.  Most of these woman decided not to pursue their allegations when they realized it was only patients or their parents just wanted to get money.  In the USA, all medical/dental practitioners have malpractice insurance and mine was worth $2,000,000.00 and attorneys attempt to sue to get the money.  As in most news stories, the News provide so much information, anyone can copy what was said so the claimants seem to have a collaborative story.  And the remaining 6 alleged victims did.

The 7th alleged victim stated that I gyrated against her in the chair.  In the clinic on Halloween day I was wearing an air filled very large dancer costume similar to the one in the picture below.   I had a fun day dancing around and enjoying making people laugh including the one that made the allegations.  She had a great time and got up and danced with me.  Her boyfriend was an attorney.

After the dental board hearing, approximately $670,000.00 was spent on attorney fees.  Before any of the state and/or individual law suits started, my attorney said that he would require another $200,000.00 retainer.  My family had been through enough reticule, abuse and slander to continue to fight.  We had bomb threats of our house and my truck and people yelling at me, my wife and children. We were in fear all the time.  We just wanted to move away from NC.

We did not have $200,000.00 to fight and had no choice to discuss my penalty options after the state and/or alleged victim’s attorneys filed law suits.  There was never a court or jury hearing.

I agreed to consolidate the law suits.  I accepted an Alford Plea. This is when I do not admit innocence or admit guilt but just want to move forward with our life for the sake of my children and wife.  It is considered a misdemeanor guilty plea but never admitting guilt but admitting I did not have any more money to fight but it is put into the records as “Guilty Plea”.  I have never admitted to such a gross act and never will.  I had the option of 5 years of intense probation or 4 months in jail. If I were to accept the intense probation, we could not leave the county or state and the effect on my children would be even more devastating. I opted to be finished with this nightmare and was incarcerated for 45 days for the sake of my wife and children.

The hardest part of the situation and not having enough money to continue to fight when God and I know the truth and what I was accused of never happened.  I can walk with my head high because God is walking with me knowing I did not do what I as accused of doing.  The constant verbal battery, belittling, berating and being judged by so many people that only listen to the media stories and not the actual truth.  The heart wrenching ache I feel every day and pray to God is the loss of my children throughout this situation.  All of the judgmental people that believe and share the media stories and judge without knowing the truth is nothing compared to losing my children.   My pain is for a lifetime!

“Truthful words stand the test of time, but lies are soon exposed.”
Proverbs 12:19 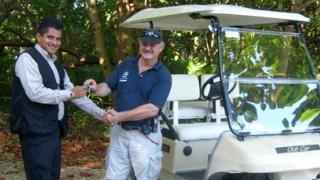 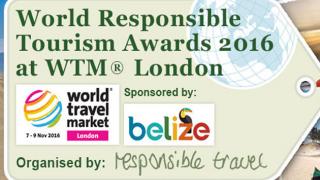 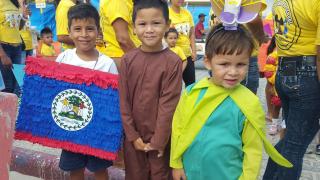 Belize Listed 50th Happiest Country in the World - Not Bad!