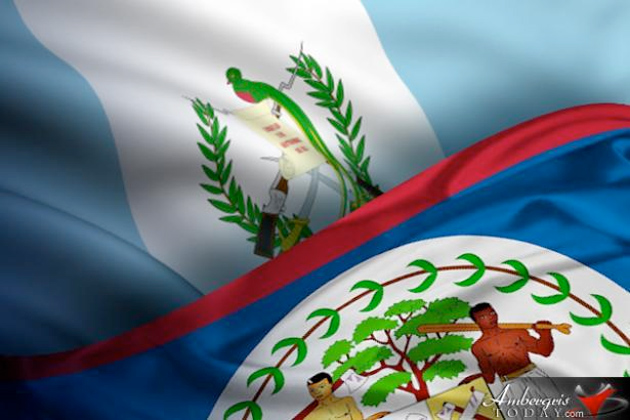 The Belize government has welcomed the findings of the Organization of American States (OAS) into the shooting death of a Guatemalan teenager earlier this year that had threatened to escalate the border dispute between the two countries.

Foreign Minister Wilfred Elrington has made a statement to Parliament regarding the 22-page report by the OAS that investigated the April 20 killing of 14-year-old Julio Rene Alvarado Ruano.

(Guatemalan officials claimed the youth and his family were attacked as they planted crops near the border. But Belize’s government said security forces investigating illegal land clearing in a national park had detained a Guatemalan man. Later that night, the Belizean patrol was attacked and returned fire in self defense. The boy’s body was found the next morning.)

Prime Minister Dean Barrow said the OAS report is a clear vindication of the country. “It is clearly vindication, we are very pleased; we always knew, though, that that was in fact the position. Still a little worrying as to how the Guatemalans will react now, because this is clear vindication for the Belize Defence Force (BDF).

“So I am hoping that they will be mature enough to accept that they were wrong; that the allegations that they made against the BDF were utterly unjustified, and that they owe Belize an apology,” he added.

But it seems that Guatemalan officials are not satisfied with the report, calling it ‘inconclusive’ with key evidence missing, leading to doubt.

Below is the Statement delivered by Honorable Wilfred Elrington, Minister of Foreign Affairs to the House of Representatives on the report of the experts who conducted the formal investigation of the incident in the Belize Administered Adjacency Zone in which the Guatemalan minor lost his life on April 20th, 2016.

With your kind permission, I would wish to inform the Honorable House and the citizens of Belize this morning, that yesterday Ambassador Magdalena Talamas, Special Representative of the OAS Secretary General for Belize- Guatemala Affairs, who is charged with responsibilities for the office of the OAS in the adjacency zone, has officially delivered to me a copy of the findings of the two special investigators who had been commissioned by the OAS to conduct a special independent and impartial investigation of the shooting incident which took place on the Chiquibul Forest in April last, for on transmission of same to The Belizean Authorities responsible for conducting criminal investigations in our country- namely the Belize Police Department.

With the concurrence of the Guatemalan Government, The Government of Belize had formally requested of the OAS, assistance in sourcing the experts to do the investigation. Two experts were sourced one from Mexico one from the United States of America.

The following is a summarized version of the incident and the investigation as prepared by the officials of the Ministry of Foreign Affairs.

The Government of Belize had asked H.E. Luis Almagro Lemes, Secretary General of the Organization of American States (OAS) to establish an independent investigative commission to support Belize's own national investigations of the incident that occurred on April 20, 2016 involving a Guatemalan minor, Julio René Alvarado Ruano, who was shot and killed in the Cebada area of the Chiquibul National Park in Belize. With the mandate to conduct a transparent and independent investigation, this Commission was comprised of two very senior forensic scientists, Dr. James E. Hamby (of the USA) and Dr. Patricia Rosa Linda Trujillo Mariel (of Mexico). After an extensive examination of all the data, documentation and evidence available, this Commission presented its report to Secretary General Almagro on 18th August 2016. The Secretary General delivered this report to the governments of Belize and Guatemala on Friday19th August 2016.

The Commission of independent experts was able to establish a number of facts that are critical in clarifying what actually happened around that fatal day. The main findings of the investigation are:

The incident occurred in the early nightfall - sometime between 6:15 and 7:00 pm - of 20th April 2016, in the Cebada area of the Chiquibul National Park in Belize, when the deceased, Julio Rene Alvarado Ruano, accompanied by his father, Carlos Alfredo Alvarado Ramirez, and younger brother, Carlos Alberto Alvarado Ruano, were returning home to Guatemala, having entered Belize illegally and having been conducting illegal activities in Belize, when they walked onto some elements of a Belizean patrol comprised of Belize Defence Force (BDF) and personnel from the Non-governmental Organization Friends for Conservation and Development (FCD);

The incident occurred 562 meters east of the border or Adjacency Line, i.e. well inside Belize;

A Guatemalan minor, Julio Rene Alvarado Ruano (14 years old), was killed. Injured were his father Carlos Alfredo Alvarado Ramirez (48 years old) (left knee) and his brother Carlos Alberto Alvarado Ruano (12 years old) (left elbow):
The three persons were in the regular habit of entering Belize illegally to conduct illegal activities such as hunting and farming in Belize’s protected areas of the Chiquibul. The father confirmed that he had been entering Belize for many years and that he was fully aware that he was engaging in illegal activities in Belize. Despite knowing this, he encouraged his children to accompany him and also engage in illegal activities;

The deceased, Julio Rene Alvarado, had already been detained in Belizean territory on March 2, 2016, the month before his death, by a Belizean patrol. He, along with others who escaped at the time, were engaged in illegal hunting. He had in his possession two gibnuts that had been shot and killed. Such activities are illegal in Belize’s protected areas, but considering that he was a minor, the Belizean patrol chose not to arrest him on that occasion and instead gave him a strong warning and set him free to return safely to his home in Guatemala;

The deceased received 8 shots, 2 of which entered from a front to back direction and 6 that entered from a back to front direction. The first shots to hit him were two 12-guage pellets on the front shoulder. It is likely that when he first heard shots he turned around to run, which explains how he received the first two shots from the front and then others from the back. All the shots he received were produced by bullets from a .22 caliber rifle and pellets from a 12-gauge shotgun;

The wounds received by the father, Carlos Alvarado Ramirez, and the brother Carlos Alberto Ruano were from pellets produced by 12-gauge type shotgun;

The caliber 5.56 M4 carbine used by the BDF did not produce any injury on the deceased nor any of the wounds in the father and brother of the deceased;

There is evidence that shots were fired from where the Ramirez’s family was located towards the Belizean patrol;

The scene of the incident was tampered with and valuable evidence was collected and retrieved by Guatemalan nationals before the OAS representatives or the independent experts could visit the site. This was done by villagers of San José, Las Flores, Guatemala, who in the morning after the incident entered Belize illegally and visited the scene, as well as by soldiers of the Guatemalan Army who also entered illegally into Belizean territory the day after the incident and visited the site;

The findings seem to confirm that indeed the Belizean patrol responded to shotgun fire after it had ordered the individuals to stop, and that none of the shots fired by the BDF caused any harm to the Guatemalan nationals.

The Government of Belize continues to be concerned by Guatemalan nationals who knowingly and persistently enter Belize illegally and engage in illegal activities in our protected areas, including the carrying of firearms and other illegal weapons, and who by their actions cause tremendous destruction to wildlife, flora and fauna which threaten not only Belizean security and law enforcement personnel but also the freshwater reservoirs on which both Belizean and Guatemalan communities so much depend.

Everyone is reminded that it is an obligation of every person in our territory to respect the laws and law enforcement authorities of Belize, and that it is the Government's responsibility to ensure that this is done.

The Government of Belize wishes to express its appreciation to the Secretary General H.E. Luis Almagro Lemes for commissioning this transparent and independent investigation. Through him, we also wish to thank Dr. Patricia Rosa Linda Trujillo and Dr. James E. Hamby for their dedicated expertise and professionalism. The Government of Belize wishes also to express its thanks to the governments of the USA and Mexico for responding positively to the OAS call for independent experts. 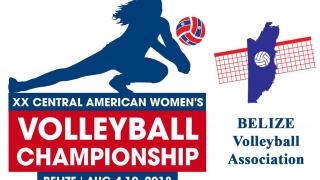 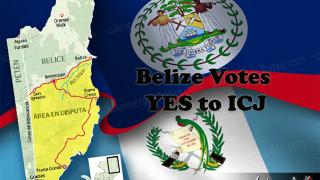 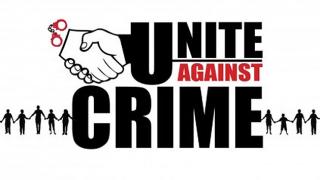